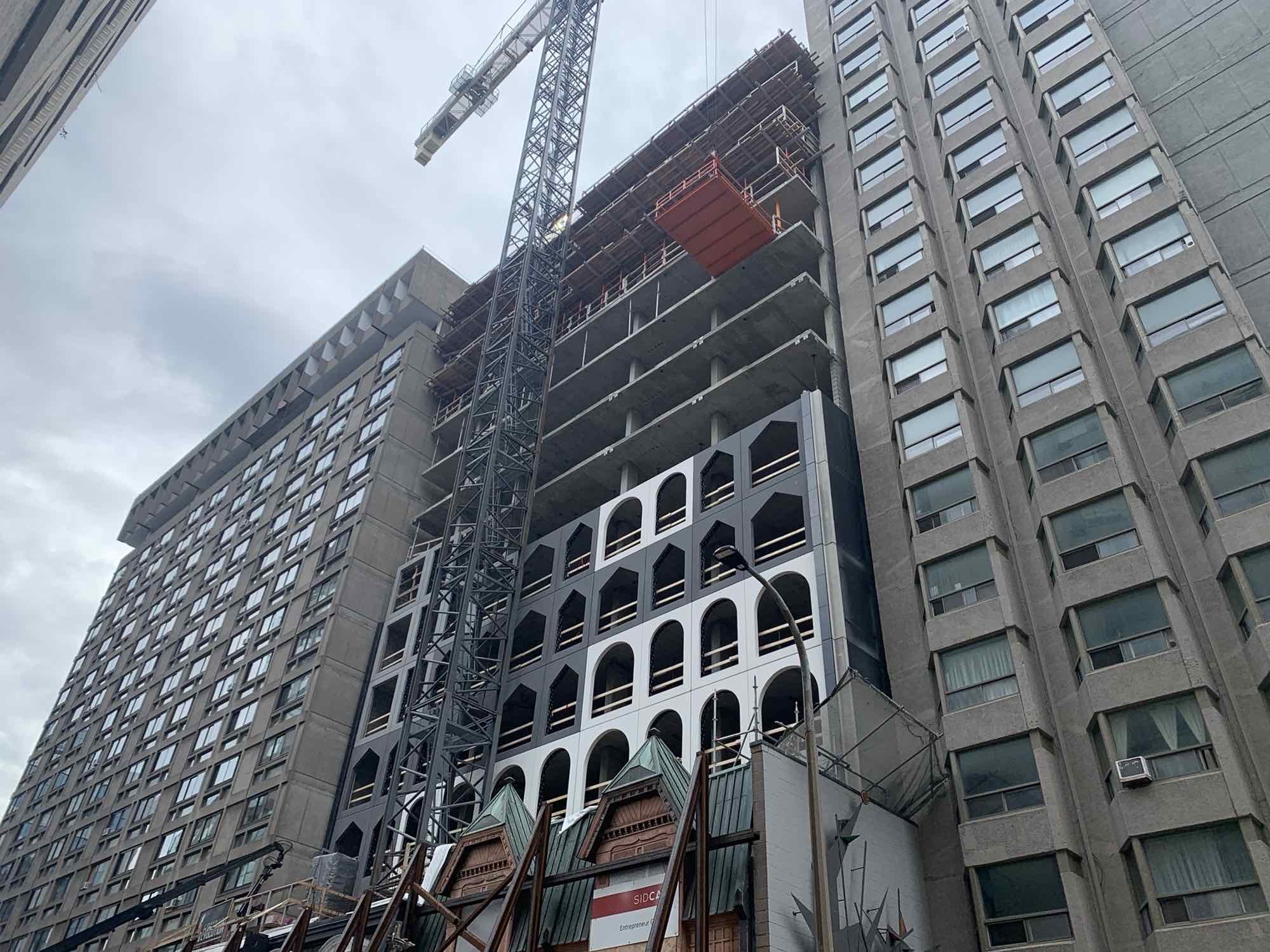 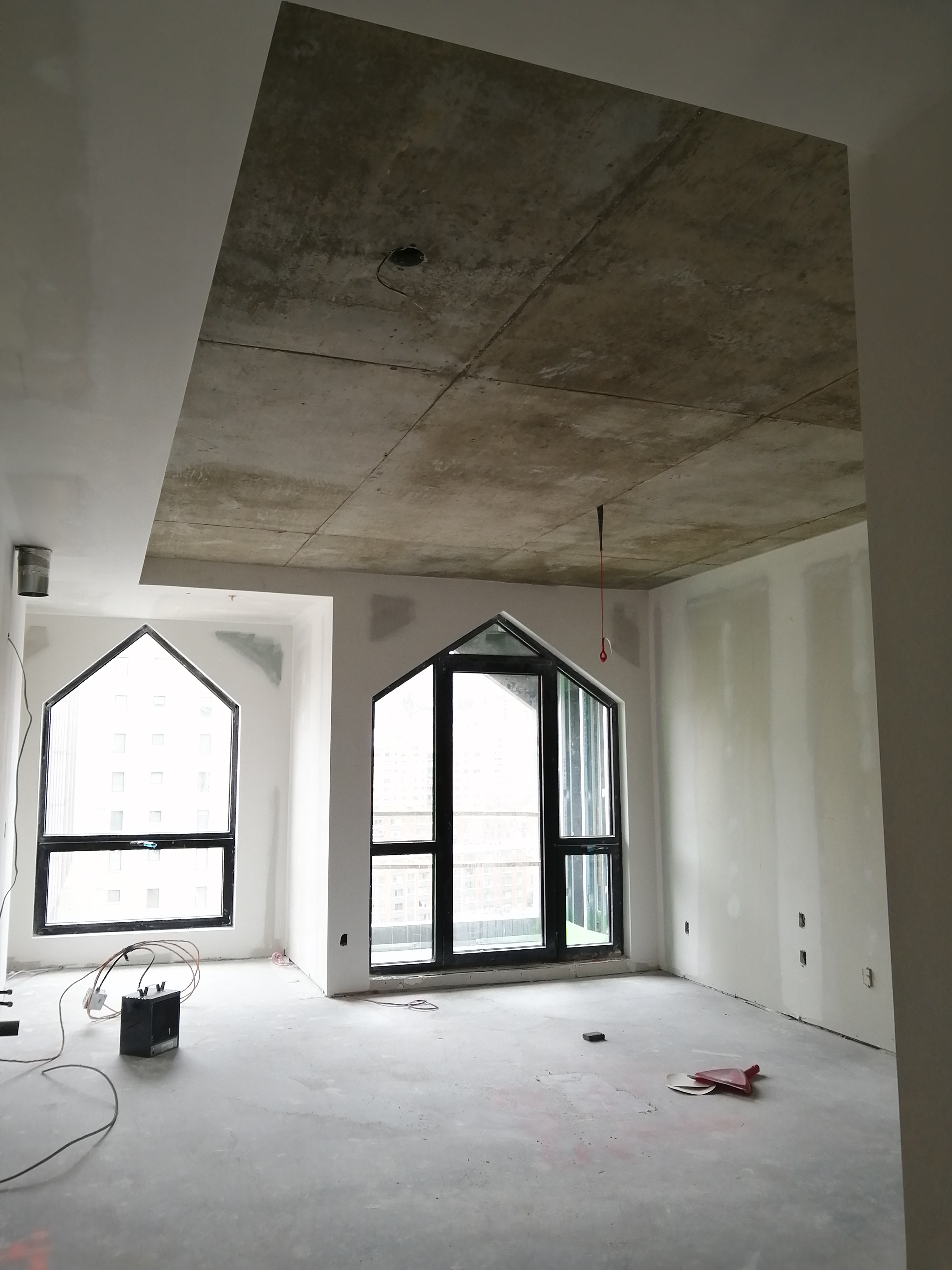 Building in cramped quarters and with conservation in mind (2022)

This project, located on Lincoln Street in downtown Montreal, presented a double challenge. First, the heritage façade of the existing building had to be preserved and then restored. It was also necessary to build in a very limited space with buildings on either side, both of identical heights, but lower than the 18-storey building that was to be erected.

In addition, the future building would include two underground floors that would be glued to the neighbouring buildings. Such a structural challenge required dexterity, rigor and great precision from Sidcan's team.

In the interest of continuity, the front of the new building (made of prefabricated concrete panels) presents a visual aspect that harmonizes perfectly with that of the heritage façade.

The residence includes approximately 100 units with kitchenettes and shared bathrooms. As it is often the case for this type of building, Sidcan had to minimize the common areas in order to favor the rental spaces.

In addition to its realization as such, the erection of this student residence required a great deal of planning in terms of protection of neighbouring spaces, occupation of the immediate streets for machinery, etc.